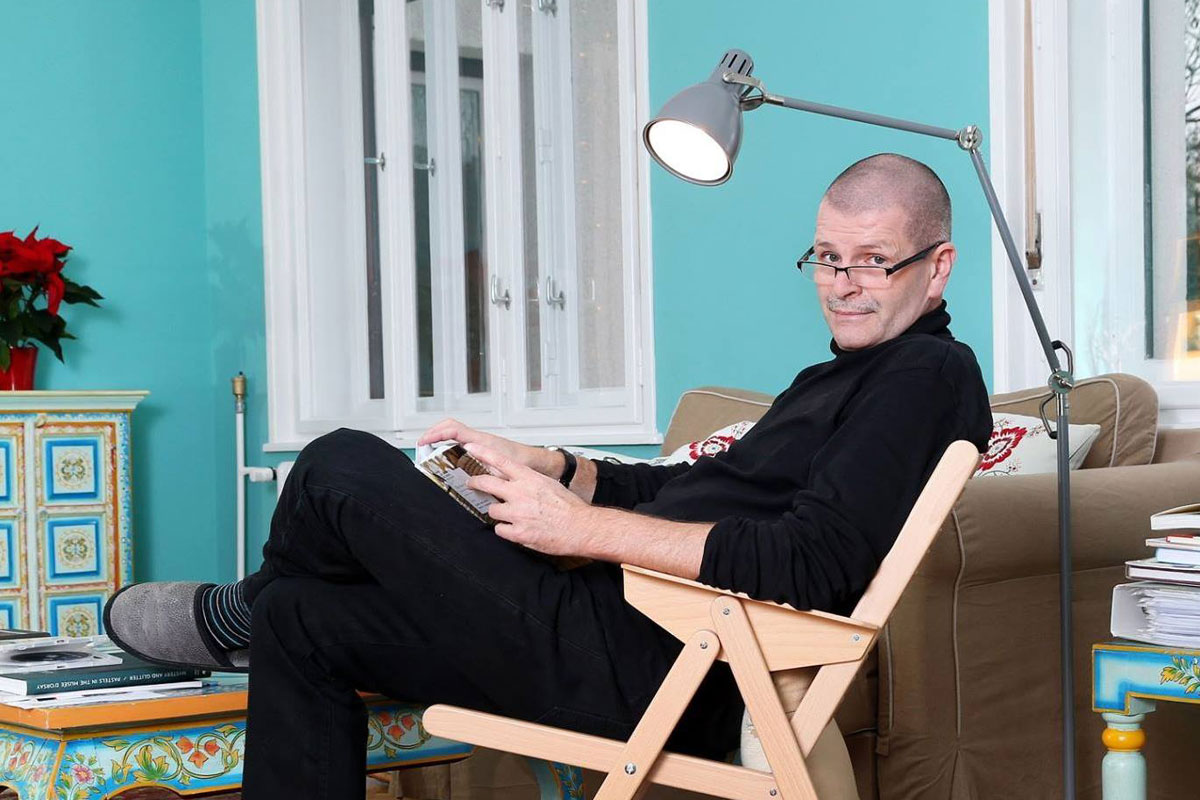 We talked with prof. Miha Kovač about death of a traditional book, changes in reading and artificial intelligence.

- Just about ten years ago there were a lot of talks about how electronic books will replace traditional books, but now we see that it didn‘t happen. What are the main reasons why paper books are still on the market?

- Prophecies about the death of the book have a long tradition. The first one dates way back to 1518, when one of the British printers explained to one of his authors that he will gladly print his book but the author should be aware that publishing a book will not bring him glory as “bookes times is past, I gesse”: people prefer to gamble, dance and drink instead to read so there‘s no glory in written word.

Such prophecies appeared in forthcoming centuries in more or less regular intervals, most often in times when a new media came to life. By the end of the 19th century, French bibliophile Octave Uzzane, for example, published a booklet in which he explained that the future is in audio and video books; together with French illustrator Albert Robida, they created a set of illustrations of people with earphones in their ears listening to audio books and talking to each other. From today‘s perspective, the drawings look like first sketches for iPods, smart phones and tablets. A little bit later, in1923 Thomas Edison proclaimed that in ten years, textbooks will be gone thanks to new audio and video media.

Nothing of this happened – and similarly, nothing if this happened in the early 21st century when there was an explosion of prophecies on the death of the book. Steve Jobs, who claimed that Kindle is a useless machine as “nobody reads books anymore”, co-created his biography as one of the last things he did in his life. Not surprisingly, the book was published in print too.

Printed book as a medium seems to have something in its nature that makes it resistant to attacks of audio-visual media. My guess is that this „something” is long-form reading. In other words, the printed book seems to be the most convenient medium for accessing long linear texts and as long as the need for reading and writing such texts exists, the book will exist too. Of course, this doesn‘t mean that the book is eternal. It just means that it is much more robust than tech guys think.

- People now read more than ever, but the way they read and what they read changed dramatically – we read in a more fragmented way and there is a big decline in deep reading. How will it affect people?

- Indeed. Today people spent almost three hours per day using their smart phones and a significant amount of screen time is reading or a combination of video, audio and reading. We predominantly skim screen content and don‘t focus on it for a longer time. I don‘t see anything bad in this. The problem might be, however, if such reading mode overrides traditional long-form reading in a way that we‘ll start skimming texts that actually require deep reading. As a result, focusing on serious long texts might become a problem, even for people with academic degrees. If this becomes the case, we‘ll go back to the early 20th century, when intellectual, book – educated and book-reading elite represented a small proportion of the population. In other words, deep reading was always a domain of intellectual elite and it might again become so.

- What trends prevail in the global book market now?

- In the two biggest book markets, Anglo-Saxon and Chinese, we have two ecosystems, one based on screen reading and one based on print. In the former, predominant business model is subscription and a huge majority of e-books are self-published: in 2017 for example, Chinese media giant Tencent had 200 million subscribers that could access 5 million e-books. We don‘t have numbers for Amazon, Wattpad and other English-language subscription or open access reading platforms, but I would be surprised if the aggregate number would be below 200 million. In all such platforms, predominant genres are romance, crime and fantasy/science fiction; in short, non-demanding recreational reading. On the other hand, in the majority of markets, the decline of print stopped and many markets face a moderate growth in the last few years. The only exception is China where the growth of print never stopped. Prevailing genres in print are a bit more demanding fiction and non-fiction; this difference is visible in bestseller charts that significantly differ in both ecosystems. With a bit of exaggeration, one could say that in trade markets, the screen became more low-brow than print. In smaller markets such as Lithuanian or Slovene such division doesn‘t exist as e-books remain marginal.

This difference indicates that the size of the market remains one of the main generators of growth of screen reading: in small markets for example, it‘s just not possible to apply profitably subscription model. Namely, experiences on Amazon with self-publishing indicate that one of the preconditions of success of self-published works is to have the text properly edited, and the costs for this are somewhere between two and five thousand dollars. In order to cover such costs, an author has to sell more than 2000 licenses what is not so much in big markets, but a lot in small ones. Of course, prices of intellectual work in many small markets are lower, but still, in order to cover them, an author would have to sell more than 1000 licenses what is in many cases mission impossible.

Even more so if we translate this to a subscription model, where authors get a full fee for a license only if a reader reads the whole text what is rarely the case. The data show that majority of readers stop reading the e-book after first 20 pages and such short readings bring no income to the author.

- In Lithuania, we see bigger and bigger interest in our local authors. Both publishers and media are searching for new stars among local authors. Is it happening in Slovenia too?

- Preferences of reading audiences pretty much turned around in Slovenia too. Now, we have Slovene bestselling crime fiction authors and Slovene bestsellers in the category of self-help books. Ten years ago, foreign authors were dominating the charts in these categories. Such turns towards domestic authors could be seen in other markets too. I know that this sounds a bit bombastic, but I see such change in reading tastes like a kind of pan-European antiglobalisation and Brexit trends.

- Blogs about books and their authors become important to publishers and media. Some book bloggers are now linked with publishers, while others write book reviews for newspapers and journals. Do you see this increase in amateur criticism as a damaging thing or not?

- What I see as damaging is that there‘s not much serious criticism around; I don‘t see as a problem that lay opinions are more heard than they ever were. More talk about books the better. Nevertheless, at least for me, things might become problematic when people start putting an equation mark between lay opinion and an in-depth and educated analysis of books that require deep reading – or even more so, when complex issues that require a deep analysis in a book format become discussed in quick outburst of short texts in social media. One of the diseases of our times is that lay opinions and feelings count more than scientific analysis, and as a result, we have anti-vaccination movements, chem-trails believers and negations of global warming. The decline of deep reading (and with it, a decline of the serious press and serious reviews in daily press) are the back side of this coin.

- Do you think in the near future we will read books that will be written by artificial intelligence?

- I have a cynical friend who sometimes says that books written by artificial intelligence will be read by artificial intelligence and humans will become too stupid and too distracted to be able to read books at all... I don‘t believe in such scenarios neither do I think that AI will be able to produce a bestselling book in the near future. Nevertheless, I believe that pretty soon, algorithms will help authors to evaluate their style and plots they created. In combination with human creativity and unpredictability, such tools could indeed make published books better. Let‘s wait and see!